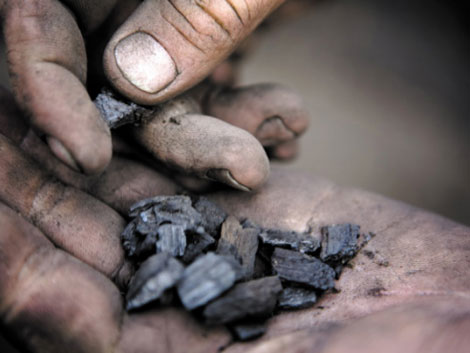 Bio charcoal usually refers to the use of agricultural and forestry waste and other biomass, to form a stable pyrolysis of charcoal enrichment product under the condition of hypoxia and a certain temperature. It has a greater porosity, stronger adsorption, antioxidant and anti-biodegradability. The biomass charcoal can be used as a high-quality energy, a soil modifier, a reducing agent, a slow release carrier and a carbon dioxide sealant, widely applied in carbon sequestration, water purification, heavy metal adsorption and soil improvement. It can provide a solution to a certain degree for the hot issues such as climate change, environmental pollution and soil functional degradation, so it can be widely used in soil improvement, fertilizer slow release, carbon sequestration and so on. Biochar is a kind of porous charcoal which is processed by organic waste, such as animal feces, animal bones, plant rhizome, wood chips and wheat straw, etc. These organic wastes that make up biochar are called “biomass”. Many scientists dubbed the reputation of “black gold” for biochar.

There are naturally a lot of carbon elements in the land, but the carbon elements are unstable and will release carbon dioxide by climate. While bio-carbon can b fix carbon for several hundred years. More importantly, people have been greatly attracted by the by-products generated in the production process. In the bio charcoal production process, about 1/3 of raw materials are converted into biological carbon; 1/3 of raw materials are converted into materials for generating electricity; the other 1/3 to form crude oil. “Bio charcoal has enabled us to tackle three major crises at one time: the climate change crisis, the energy crisis, the food and water crisis,” the scientists said.

Biochar is a kind of biomass that has been processed by high temperature pyrolysis. The biochar pyrolysis process not only produces a gas for energy production, but also produces a stable form of carbon – charcoal. The charcoal is buried underground, and the whole process of “carbon negative.”

Biochar is almost pure carbon, and will not disappear for hundreds to thousands of years if buried in the ground. equal to the carbon sealed into the soil. Biochar is rich in micropores, which not only can supplement the soil organic matter content, but also can effectively save the water and nutrients, and also improve soil fertility. In fact, the high carbon content is the reason why fertile soil is mostly black.

The modern method of making biochar is to heat the biomass waste with high temperature in a low oxygen environment to decompose it. Using biochar making machine can perfectly finish the production process. The equipment can be also called biochar pyrolysis machine. Nowadays, climate experts have found a cleaner and environmentally friendly way to carry out industrial scale carbon dioxide fixation, the use of giant microwave furnace to carbon dioxide sealed in the “bio-carbon”, and then buried. This special “microwave oven” will become the latest weapon to overcome global warming. As a result, the biochar production technology can reduce billions of tons of carbon dioxide per year to the air. In this way, it can not only solve the problem of climate warming, but also restore the degraded land.

1. Agriculture ares: to improve the soil and provide fertilizer for the soil, which can make the soil become fertile and is conducive to plant growth, to increase production and make the agriculture more sustainable;

2. Water treatment: to help remove the antibiotics and chemical waste which traditional water treatment system is difficult to eliminate;

In recent years, bio-charcoal has been gradually approbated and in the global ecological environment to solve the problem of sustainable development of agriculture and other aspects, and has been recognized as “black gold” by the academic community. Using bio-char to provide energy can adjust the rural energy structure; using bio-char to improve the soil can make the barren soil alive; using carbon sequestration of bio-char can cope with increasingly severe climate change.

Nowadays, biochar production equipment and technology has been widely used both at home and abroad, which has opened a new way for the local biomass pollution treatment and integrated application. Both of the industry scale and application prospects are broad. 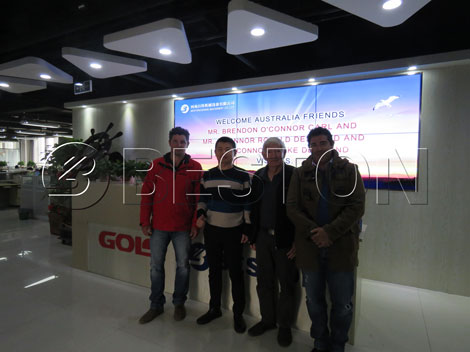 Having contacted with each other for a long time, Australian clients decided to visit Beston Machine and have a closer ...
Read More 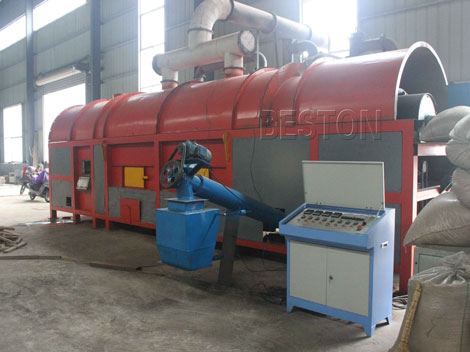 In September 2016, the best carbonization machine manufactured by Beston Group was successfully exported to Malaysia, and is running smoothly ...
Read More 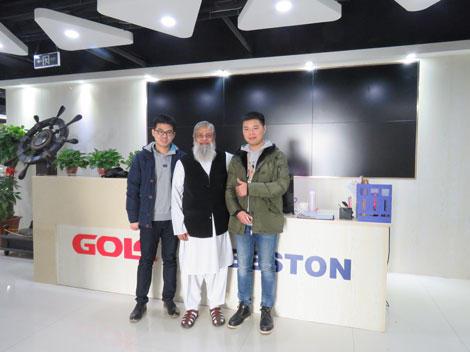 Welcome Pakistan customers to Beston Machinery for visiting carbonization equipment, which meant that Beston group has made another great progress ...
Read More 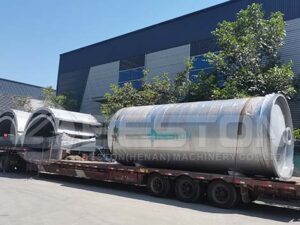